Keyhouse Manor is a Manor House, located in the seaside town of Lovecraft, Massachusetts. It is the ancestral home of the Locke children. The manor has been owned by the Locke family since its construction.

Keyhouse was built during the summer of 1750, by a young blacksmith named Peter Locke, who derived his surname from the work his family had specialized in for generations: the crafting of ingenious locks.[1] Through the years the house has remained in the same family, passed down through the generations. Each generation of Lockes modified and expanded the house, Keyhouse gradually became a 'patchwork quilt' of a house; the Manor has everything from old pipes and WWII-era wiring to secret passages and a few ghosts.[1]

A wide variety of magical keys can be found at Keyhouse Manor. Many of the keys were crafted by Benjamin Locke, presumably a close relative of Peter Locke, during the Revolutionary War.[2][3] After World War II, Hans Riffel instituted the Riffel Rule, which disables the ability to directly see magic, specifically the effects of the keys for anyone who has reached adulthood.[3] Another rule was also instituted that allows children devoid of malice to innately detect the keys without putting them in dangerous hands.[3]

The house burnt down in 2012 but was rebuilt by Tyler Locke using the Keyhouse Key.[4][5]

Keyhouse is set in the middle of its grounds, with gardens; sheds; a forge, where many of the magic keys were forged; and the Wellhouse. Keyhouse is surrounded by a large fence, there is a grand front gate that grants access to the property.

The house is four stories tall, with a basement, an attic, and turrets. The house has many rooms, including a study for every season, a Ballroom, a sewing room, and a Hunting Trophy's room.

On the first floor of Keyhouse is the Main Entrance, the key to the front door is the key that creates the Riffel Rule. The Main Entrance opens into the Main Hall which spans four floors, this is where the Stained Glass Ceiling is. The first floor has the Kitchen; three sitting rooms, one of which contains the Giant Key and it's window lock; the Winter Study, where the Ghost door is located; the Summer Study, containing the main library; the main dining room, the main living room; two pantries; a secret room from the Winter Study; stairs to the basement and the second floor; and the rear entrance.

The second floor has three bedrooms, including Bode's room and Nina's room (formally Duncan's room); a service bedroom; the Spring Study, which is split into a piano room and an auditorium; three sitting rooms, one where the Harlequin Wardrobe is located; Duncan's studio; the billiards room; and two larders.

The Third Floor of Keyhouse has three bedrooms; two service bedrooms; the ballroom; the service kitchens; three pantries; the main terrace; the Hunting Trophy room, which has a secret room off of it; another secret room; a sitting room; and the landing with the Timeshift Key Grandfather Clock.

On the Fourth Floor of Keyhouse are two bedrooms, Tyler and Kinsey's rooms, that are conjoined by the Gender Key door; the fencing room; the sewing room; the maps room, which has a secret room off of it; two sitting rooms; the Autumn Study; the Nursery; the toy room, where Tyler fought the stuffed bears; a terrace; and a larder.

The Basement of Keyhouse is smaller than the other floors, it has only the main basement; the wine cellar and the Crown of Shadows Chamber, where the control panned for the drowning caves water-level is.

The Pump Controls guarded by The Great Lock

The entire south side of Keyhouse is capable of opening up like a door when the Giant Key is used.

In the exact center of the house is a stained glass ceiling located on the roof. It depicts a padlock with various symbols including two fleurs-de-lis, a crossed keys, a small lock, and the four alchemical symbols for Earth, Fire, Water, and Air. In the center of the padlock is a keyhole or keyhole image; it is possible that this is the keyhole of an unknown key, acting much in the same way as the Giant Key does with its window.

To the left of the padlock sits Benjamin Locke holding the Illuminati Key in his right hand and the Whispering Iron in his left. Beside him shows the Children of Leng being burned in flames.

To the right of the padlock sits Miranda Locke wearing the Angel Wings suggesting the presence of the Angel Key. She holds the symbol of the Black Door keyhole in her right hand while holding an unknown key (Freemason Key) in her left. The bow of key shows a Freemason Square and Compass with a flower in the center instead of a "G", surrounded by a laurel wreath. Beside her shows the Red Coats with Cannons.

The top shows a sun and moon with a starry sky surrounded by clouds. A Latin Text reads: "NVLLVM EXTAT PROBLEMA QVOD SOLVI NON POTEST" ("No Problem Exists That Cannot be Solved"[6]) and "OMNI CLAVSTRO CVIQVE EST CLAVIS" ("Every Lock Has A Key"[6]). Below that is the Keyhouse logo.

The wellouse on the Keyhouse property is located directly above the Black Door and the Drowning Caves. The water level in the Drowning Caves can be controlled by a pump, the control panel for the pump is in the Crown of Shadows Chamber in the basement of Keyhouse. The "well" is actually a tank for storing excess water. It predates the time of Benjamin Locke, so it can be assumed it was built not long after Keyhouse itself and was eventually modified from well to the excess water tank. 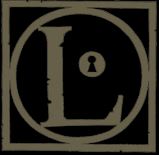 The "L" logo for the Locke Family. 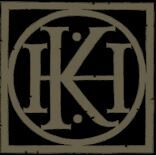 The "KH" logo for Keyhouse.

Keyhouse West elevation (front side of the house)

Keyhouse East elevation (back side of the house)

Keyhouse South elevation (left side of the house)

Keyhouse North elevation (right side of the house)

Keyhouse West and South facing Cross Sections.
Add a photo to this gallery

Keyhouse Master Plan, which shows a bird's eye view map of Keyhouse and its surrounding ground
Add a photo to this gallery

Stained glass ceiling unobstructed
Add a photo to this gallery

Great Room
Add a photo to this gallery

Retrieved from "https://lockekey.fandom.com/wiki/Keyhouse_Manor?oldid=10071"
Community content is available under CC-BY-SA unless otherwise noted.